As the year comes to a close, it’s time for me to round up some of the highlights of 2016, starting with some of my favourite games I’ve played this year.

2016 was my first full year with my PlayStation 4, so with the exception of a few demos at last year’s EGX, it was also my first time owning an eighth generation console. This meant I had, and still have, a lot of catching up to do.

In this blog, I round up a few of my favourite games from my year in gaming, including new releases, and older titles I just needed to play. Having not owned a PlayStation home console since my PlayStation 1, Uncharted was completely new to me when I bought The Nathan Drake Collection this year. I thought the first game was good fun, something uncomplicated, though a little different to my usual gaming style, since the game involved a lot more shooting than I felt confident with. By the second and third games in the series, I had realised that Uncharted is much more than a linear shooter with some treasure-hunting on the side.

The first three Uncharted games take less than 20 hours to complete, and their simplicity is part of their beauty: they’re just uncomplicatedly good. The other part of their beauty is the fact that Naughty Dog have managed to fit a healthy dose of adventure, mystery, and character development into each of those 20 hour packages. Even though they might be a little old, the rebuilt editions in Uncharted: The Nathan Drake Collection are well-worth playing before moving onto the spectacular fourth installment.

Oh, I loved this game.

At first, I was worried that the episodic/cinematic style would prevent me from enjoying Life is Strange. However, after playing the first episode (free on the PlayStation Store), I was quickly proven wrong, and found the change of style refreshing.

This game was beautiful, inside and out. Life is Strange presented vivid characters who I really cared about, an intriguing storyline that kept me wanting to know more, and some of the toughest choices I’ve encountered in a video game.

Life is Strange was an emotional rollercoaster, and tackled some serious real-life issues that I never thought I would encounter in a game. It was completely unique, and much more than it appeared at first glance. I would highly recommend it to anyone who loves stories about real people (and time travel!).

3. The Last of Us Remastered

I decided to play The Last Of Us after seeing some gameplay online and being intrigued by the number of combat options. While the challenging and varied combat was definitely a positive, this wasn’t the reason I really loved this game. The real hook to The Last Of Us is the story and the acting, both of which are phenomenal.

The Last Of Us tugged on my emotions from start to finish, something I definitely didn’t expect from what I initially imagined to be an ordinary zombie shooter. The relationship between Joel and Ellie is so nuanced and dynamic that for once, I actually loved the cut scenes as much as the game itself. Ashley Johnson and Troy Baker are also hugely talented voice actors, which made the experience so much more believable and worthwhile.

The game only got better and better as I progressed through the story, and the gameplay never got old, due to the number of new weapons and encounters. This was a great all-round game, and I’m incredibly excited for part two. Within days of finishing the third Uncharted game, I was already playing Uncharted 4. Whilst the previous games are going to stick in my head as some of my favourite games of all time, Uncharted 4 was on a different level altogether. This game saw the stories of the characters we’ve grown to love during the course of Uncharted (Nate, Sully, Elena) come to a close. This game also benefitted from some truly spectacular graphics, and improved gameplay mechanics, making it feel so much more sophisticated and polished than the previous three.

Playing this game was a flawless experience, and I loved how much thought had been put into not only the scenery, but the storytelling. This game introduced us to the reality of Nate’s world, as we were introduced to his long-lost brother, we saw both strain and romance in his relationship with Elena, and Nate took a long hard look at what the thief’s life means to him.

The Witcher 3 is probably the game I invested the most time in this year, and luckily, every hour was worth it. As one of my first PlayStation 4 games, The Witcher 3 was visually stunning, and I couldn’t help but take a screenshot each time Geralt and his horse, Roach crested a hill (as you can see above).

This game had a steep learning curve to begin with, requiring a more tactical, prepared approach to combat, which meant that if I was too stubborn to dodge and block attacks, then I would very quickly be dead. As I progressed through the game, the combat became more natural, and I enjoyed the variety of options, and Geralt’s ability to make each move look flawless.

What I really loved about this game was the complexity and the openness of the story. There was so much choice in this game, as I could take on a variety of optional quests, making allies along the way, and ultimately change the outcome of the story. The characters were another highlight, with Ciri becoming one of my favourite video game characters of all time. My commitment to this game ran so deep, that for a number of days, I was in turmoil over Geralt’s romantic choices, and still feel a little cut-up when I think about how a certain sorceress betrayed me.

This was a game that I struggled to get out of my head, and even after 50+ hours of gameplay, I’m still itching to go back to take on the DLC.

I may not have tried many of this year’s releases, but I feel like I’m slowly catching up on some of the great titles from the last few years. It’s been a good year in gaming, and finishing seven titles in a year is probably a record for me.

Any recommendations for what I should play in 2017? 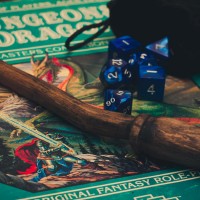 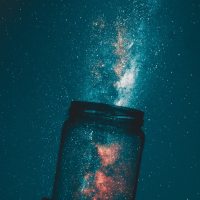 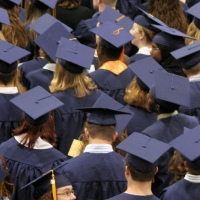