“Maybe it’s enough that the world thinks I’m a hero.

Maybe if I work long, and hard, maybe I could fool myself.”


As someone who has always been more than a little cynical of the “perfect” hero, Jessica Jones is exactly my kind of hero. That is to say, she’s  an anti-hero. Maybe I have a thing for the “tragic” or “flawed” hero archetype, but I think it’s always interesting to see heroes struggling to maintain control of their lives, and not just because their powers are difficult to handle. I want to see heroes grapple with self-doubt, anxiety, and guilt. I want to see the after-effects of all that heroes go through, the sides of them that are less than super, the days when the things they’ve had to do to survive nearly paralyse them, when they’re haunted by the faces of their enemies, and the charges they’ve failed.

In this sense, Jessica Jones delivers. Jones is a heavy-drinking, cynical, and guarded private investigator, with a knack for keeping people at arms-length, and a don’t-you-dare-touch-me face that I really need to master before the next time I go to a bar.

But all of Jones’ problems and flaws don’t stop her from being a hero, or someone to admire in one way or another. In the first episode, we see her ready to run away and save herself, only for the thoughts of Kilgrave’s innocent victim, Hope, to stop her. Jones doesn’t want to be a hero. But it seems like she can’t allow herself not to be, and despite her seemingly cold and aloof nature, we see her spend most of the series trying to save the residents of Hell’s Kitchen, New York.

Jones is smart, and as she says, she’s resourceful, but all the while she is plagued by crippling guilt and self-doubt, which she hides behind a snarky attitude and an arrogant facade. Throughout the series, she struggles to maintain control over her life. And that’s what the series appears to be about: control. After all, Kilgrave only needs to open his mouth for his victims to do his bidding. Anything he asks for, they’ll do it, whether it’s a grotesque suicide, telling the brutal truth, or turning on friends and family.

One of my favourite things about the series is that we have seen some astonishing character development. In glimpses, we see the moments that make Jessica let down her barriers; we see Trish learn to defend herself (the significance of which is revealed later, when we learn more about the character’s past); Simpson goes from seeming like a genuinely okay guy, albeit with a black-and-white Action Man view of life, to being genuinely scary, and Malcolm goes from a seemingly-hopeless drug addict to a surprisingly smart and kind character. One of the worst things a series can do is to not flesh out the “background characters”, and Jessica Jones is in no way guilty of this. Every character we encounter is complex, with their own motives, ambitions and flaws.

Even Kilgrave isn’t as simply evil as he at first seems. He genuinely doesn’t seem to see himself as an evil person, and believes that Jessica can grow to love him, so much so that he’s almost blinded by it. Jessica Jones also introduces Marvel’s first on-screen lesbian character, Jeri Hogarth, a gender-swapped version of the comic books’ Jeryn Hogarth, a manipulative, highly-driven and calculating lawyer who leaves her partner for her secretary, putting a twist on the old “businessman leaves his wife for a younger, hotter model” trope.

The series also deals with some very serious issues, from addiction, to PTSD, to rape, and there seems to be a general consensus online that many viewers are glad the show doesn’t skip over these sensitive issues, or trivialise them in any way, making sure that characters’ scars can still be seen, whilst refusing to let those scars be their defining characteristics.

Marvel’s Jessica Jones makes it clear that there is no “black and white”. Jessica’s methods are often questionable, and we see the wannabe-hero, Simpson becoming more and more villainous as the series progresses.

I am so glad that Jessica Jones has made it to our screens, and that its characters have been brought to life by talented actors like Krysten Ritter and David Tennant. Jessica Jones is the series that so many of us had been waiting for, even if we didn’t know it yet. Dark like Daredevil, but with an even more gripping storyline, and compelling characters, Jessica Jones is everything we needed to see from Marvel.

2 thoughts on “Jessica Jones: The Anti-Hero We Needed” 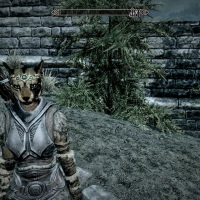 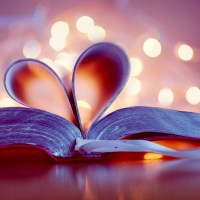